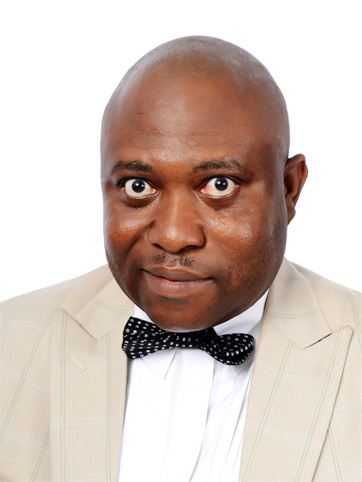 Justine Agbeli Amenuvor is a proud Sposa and wears the badge in high esteem. He has been acknowledged often as one of the benefactors and one of the distinct old students.

He has been involved in some landmark cases which includes but not limited to; 3 Teenagers Vrs EC & Mr Felix S. Y. Ntoso Vrs GBA.

Our distinguished personalities’ profile on his website amenuvorandassociates.com reads;

“Justin Amenuvor is the Managing Partner of Amenuvor and Associates. His areas of focus are litigation and dispute resolution particularly arbitration which he became involved in after qualifying as an Arbitrator in 2009.

Justin has over 23 years in private practice and has represented individuals, various multinational and national companies, government agencies, financial institutions including local and multinational banks in several matters both at the trial and appellate courts in matters spanning across various area of law including company law, employment, property, family, probate, land and other commercial transactions.

In Justin’s practice as an Arbitrator, he has acted as Counsel in various arbitration matters and has also acted as a Sole or Co-Arbitrator and has a longstanding relationship with the only Arbitration Centre in the country.

Justin began his legal career with Tetteh & Co where he worked for over 10 years beginning as a Pupil and then becoming a Senior Associate. Justin is a skillful litigator who is quick on his feet and has an enviable knowledge of the law on procedure. Throw any question on procedure at him and Justin will have all the answers.

Justin is also a fearless litigator who has won several cases at the trial courts, Court of Appeal and the Supreme Court.

Justin graduated from the University of Ghana with an LLB (Hons) and was later called to the Ghana Bar in 1995. He was appointed a Notary Public for Ghana in 2007 and is a Member of the Ghana Bar Association, International Bar Association as well as the Commonwealth Lawyers Association. He also serves on the Board of various private and governmental institutions.”