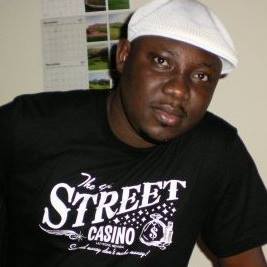 John F. Kennedy says; “as we express our gratitude, we must never forget that the highest appreciation is not to utter words, but to live by them.” These words are true and defining of our personality today because he deserves this appreciation. I got to know about him through an gratitude message for an article i made on this website some weeks ago. Mr. Kwasi Zigah earnestly praised him for his effort for hosting him [Zigah] in the United States of America during his two years stay as a student. I combed his social media activities and realized he has extended this gesture to many especially Spacans thus forging a continued bond that was birthed right from Spaco.

Felix Zowonoo aka Bartho as he was popularly called is a practicing health technician. His journey began as general arts student in Spaco however quickly switched to the sciences especially in health after completion. He completed Spaco in 1997 and was gainfully employed to work as a medical lab assistant at the Ketu District hospital. Bartho persevered and was so determined hence enrolled at the Rural Health training Sch in Kintampo. He completed in 2008 with diploma in community health majoring in disease control.

Shortly after graduation he had a stint at the same hospital before relocating to the United States of America North Carolina where he is currently based with his wife and two lovely kids. Felix pursued a Bachelor of Science degree in Public health with university of North Carolina at Greensboro in 2013. He was hired at High Point Clinical Trials as a Research Technician. He doubles as a staff for the Cone Health Emergency department as Emergency technicians in Greensboro, NC. Determined Felix completed a post graduate certificate in Field Epidemiology with university of North Carolina at Chapel Hill in 2017. For fact, Bartho is not resting at all in gaining knowledge in his faith, loved and desired career. He is currently pursuing Master of Science in Environmental Health with East Carolina university and this is a great example worth emulating that, gaining knowledge is not a residue for few but with firmness of purpose, everyone can achieve his/her desire.

Bartho has been of ardent support to Spaco from the records. With his wealth of experience and knowledge in Public health, he can mentor our young brothers in the school who would like pursue public and environmental health.