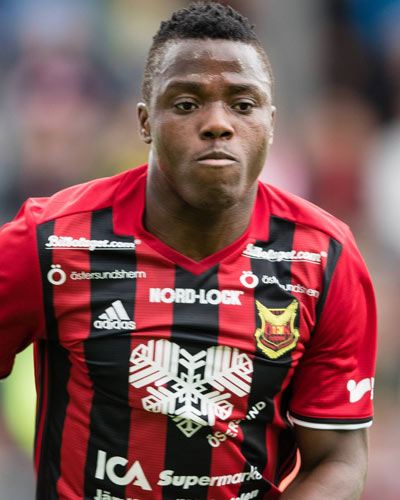 Patrick Kpozo completed Spaco in 2014. He was very instrumental in the schools’ football team under the guidance of sports master Mr. Dorvlo aka Acid.

Patrick’s prowess and skills in football was spotted by officials of the Tema based football club; International Allies (Inter Allies) during a coast game that led to signing the young chap into the team’s under sixteen (16) side.

Patrick worked so hard and was determined to succeed. He was good at reading the game and was a confident “baller” hence commanded the defense of the Inter Allies as if he was the leader of the team. Here, he was rewarded again for his tenacity in the game with a call-up into the National Under 20 side, The Black Satellites.

Patrick currently plies his trade for Östersunds FK as a defender in the Sweddish top flight league. He wears Jersey Number 32.

The aim of every professional footballer is to represent his/her national team with pride and Patrick nurse the same dream. It is our wish and desire to see one of our own representing in the Black Star and raise our banner high.

Congratulations Patrick for taking the Spaco football to a high height and surely, higher heights await you. Keep going “Baller”