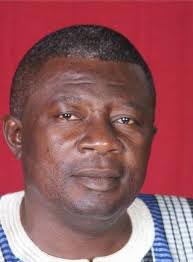 During the build up to the 2004 general elections, there was a dichotomy in choice among the students’ body.

Mr. Seshie, the then candidate of the New Patrotic Party was often seen on campus because his wife Mrs Seshie was a resident and the French teacher. On that score, she garnered a good number following for her husband couple with the “love” the boys had for their beautiful daughters. On a lighter note, boys do frequent that resident when the girls are back on either midterms or vacation.

Mr. Albert Zigah on the other hand representing the National Democratic Congress, was an old boy. He did both Ordinary and Advanced level Certificates at St Paul’s. He completed in the late 80s. I recalled when the School fencing project kicked start, he was the first donor. He donated 1000 bags of cement and was full of praise for the massive support offered that day during his campus tour.

At the end, it wasn’t about choices but an endorsement for one of our own.

Mr. Zigah represented Spaco well. Attended most St Paul’s important functions/events. He is made mention of Spaco on the floor of parliament during one of his submissions. I have also seen our school sticker on one of his vehicles.

I might not be far from truth to say without a doubt he was the first Spacan to enter Parliament and he is still an inspiration to many of his constituents that, from a humble beginning, one could rise to the apex.

Honorable Zigah, thank you for serving your school in your capacity and we wish you the very best in your endeavors. Your name will always remain in the book of prominence of our mother school.