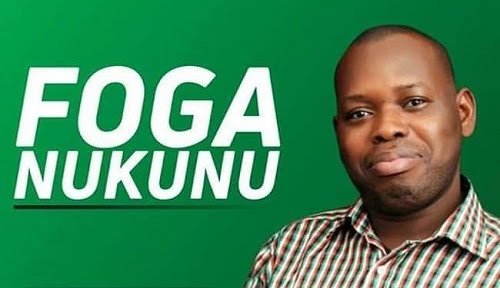 The great Spaco has produced a good number of parliamentary candidates including the former Member of Parliament for Ketu South Hon Albert Kwasi Zigah who we will celebrate at another day.

Before then, let me tell you how I got to know about our prominent personality for today. A well-crafted and nicely written post on the Spaco old students facebook page a year ago titled “SPACO – A MONTH TO SIXTY YEARS ANNIVERSARY” caught my attention. Infact, I was greatly amazed by depth of knowledge and recounting’ memories of the writer. I instantly loved and shared the post; then, began to follow this gentleman’s works.

I was not surprise when he offerred to contest on the ticket of the National Democratic Congress parliamentary primaries for the Ketu South constituency.

We are talking no less a person than our very own and distinguished Conqueror, Honourable FOGA NUKUNU.

Foga and his twin brother attended Spaco. His other brother is also making great strides in his law field and would be celebrated at the appropriate time.

Foga is an alumni of the University of Ghana, Legon and a Vandal. A teacher by profession at the Keta Senior High School.

He once served as an elected Assembly Member for his electoral area in Aflao. He also served in the following capacities for the National Democratic Congress as a branch secretary and constituency youth organiser.

Foga lost narrowly in the Parliamentary Primaries to Madam Dzifa Abla Gomashie however his zeal to improve lives has not stopped. He is keen on education and as a tutor he has been very instrumental on the promotion of science education. His abilities are very eminent on the performance of Keta Senior High School’s participation in the National Science & Maths Quiz which everyone can attest to.

He was recently credited for the story of Dr. Olivia Agbenyeke, a poor young lady from the Agbogbloshie slum to Ghana’s premier medical school.

Two weeks ago, Foga generated headlines again for a young school girl who rides over 35km to attend school.

I was shocked when I saw Ketasco Old Students launched a fund raising in aid of Foga’s bid to Parliament when he is actually one of Us and could have been done by us but as the saying goes; a prophet is not celebrated in his own hometown.

Foga, on behalf of the editorial team, I celebrate you. It is the ernest desire of all Spacans to see our very own in high places so that we can raise the “ego” of our dear school. You may not be in parliament in the coming election but we will surely see you in parliament one day.

Keep doing your good work and soldier on Sir. Once more congratulations for always “wearing” Spaco and making it proud. God bless.