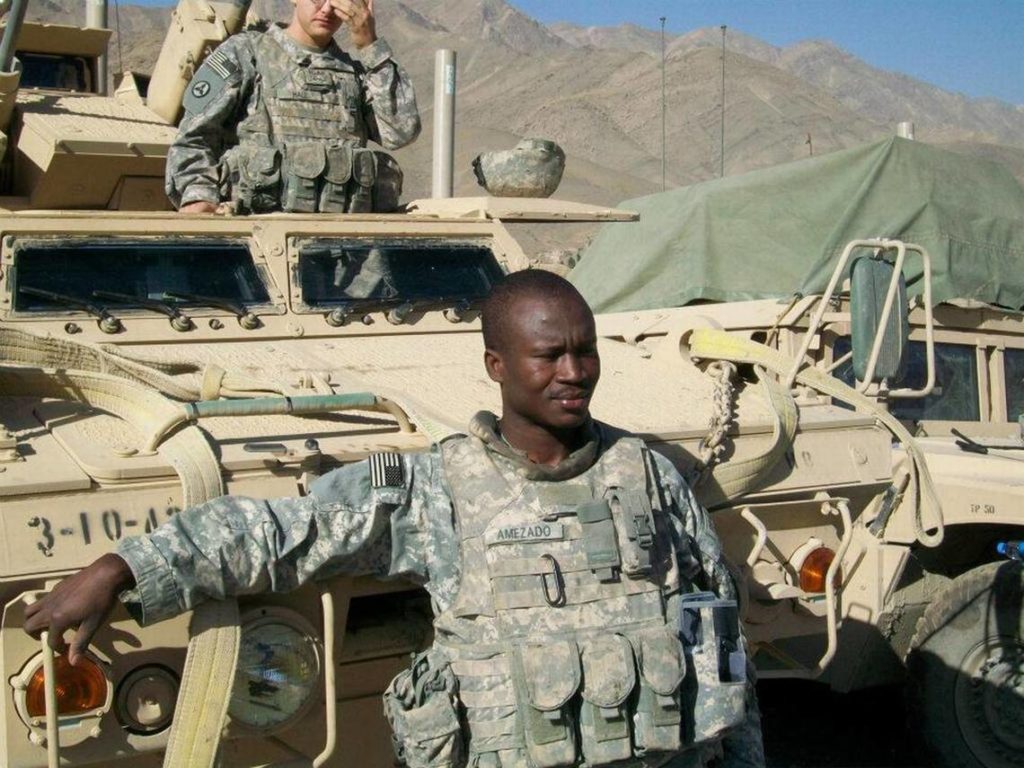 Raymond Amezado is a product of the great Spaco. He migrated to the United States of America to continue his education but opted to join the U.S. Army in January 2007. It was his service in the army and deployment to different countries including Afghanistan and among others that reinstated his passion and motivation to promote education.

Raymond is the founder and president of Ngorli Foundation which is based on the principles, ideals and ideas of Chosen Generation a nonprofit organization founded by a Ghanaian, Samira Captan, whose father is from Lebanon. She founded Chosen Generation to help communities in the Achimota area of Accra, Ghana. Her main focus was empowering children and youth through education which Raymond benefited from, as well as serving as a volunteer. When Chosen Generation was dissolved, Raymond vowed to continue the good work.

While serving in the U.S Army, he decided to further his studies. He enrolled for the Bachelor of Arts in computer science at the Thomas Edison University. In 2011 upon finishing his undergraduate degree and having achieved milestone in his career as a staff sergeant Raymond contacted individuals who encompass similar passion and motivation to promote education and that was the beginning of Ngorli (There is Hope).

Raymond has another Degree in Business Management from LeTourneau University in Texas. He believes the pen is mightier than the sword thus, education can change a whole lot in the world. As a Conqueror, he keeps soaring. “I am passionate about education because it brought me to America and it also pushed me ahead of my peers in the army. It took me four years to move from Private (E1) to Staff Sergeant (E6) because of my educational background. When I was pinned the rank of E6 most of my peers I joined the army with were still E4s” he said in an interview to The News&Observer.

As Raymond journeyed through life and countries, he noticed the different levels in education and how poverty and lack of education can lead to major problems in the world. Thus, the birth of Ngorli in North Carolina, USA. Currently, Ngorli’s work is now international. Ngorli as an organization has gone from doing projects in Kissehman to the whole of Ghana, part of the USA and Watford, UK. The long-term vision of Ngorli is to promote quality education for children all over the world. One child, one town, one country – and the whole world. Raymond cannot forget his root (alma mater). Spaco has largely benefited from his humanitarian works and still counting.

I use this opportunity to congratulate Conqueror Raymond Amezado and seek strength for him to continue his good works. Thank you for serving your country Sir. Continue to sing with pride “The Star-Spangled Banner”, “God bless our Homeland Ghana” & “Lift High the Banner of Spaco”