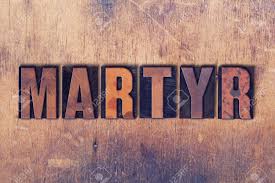 Somewhere February, 2015 while returning from work, my phone started buzzing with several calls from friends who knew me as a Spacan/Sposa. The remarks I get, answering most of the calls was; “have you heard what was happening in your former school?”. Oh dear me! My school was in the lime light that evening but for the wrong and bad reasons. I quickly tuned into Joy99.7FM to catch a glimps of what transpired and as reported by Ivy Setordzi; a very young physically challenged new student was shot dead by a team of police dispersing rioting students. It was a disgusting news, marred my day and the incident that led to the riot, was more appalling and awful.

Today, I want to use the opportunity to honor the young conqueror who has lived a very short life.

He met his untimely death in the late hours of Monday February 9 when a stray bullet which the Ghana Police claims was used to dispersed rampaging students hit him.

Rakid, as a conqueror, we believed you have not died but resting peacefully with your maker.

It is our fervent prayer that Almighty Allah will receive our Salat al-Janazah. Peace be unto you Conqueror.