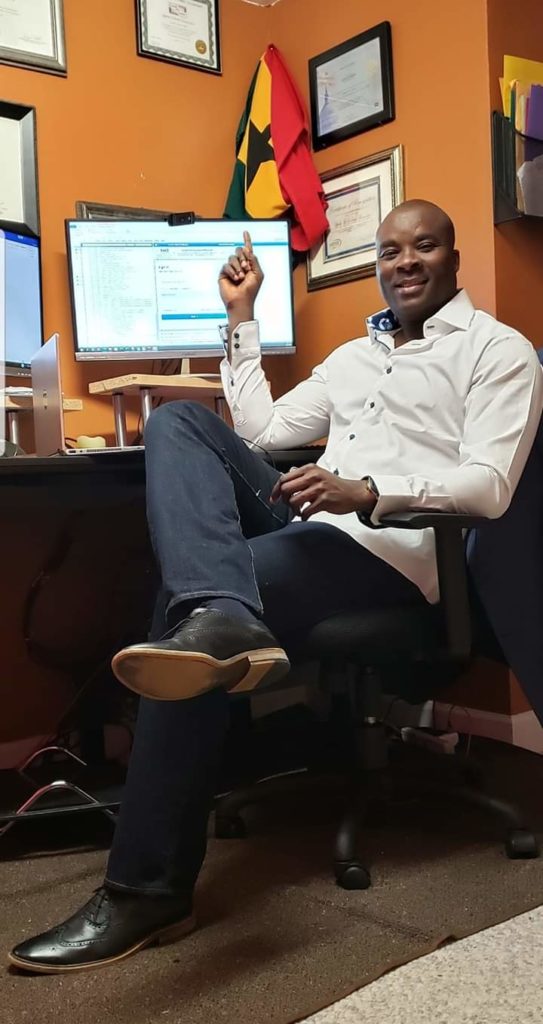 As the saying goes, give honor to whom honor is due. I remember so well that fateful Sunday during the 04/05 academic year how happy everyone was during lunch. I do not want to sound like i love the food (Spaco Jollof) served on Sundays. What i like about that Sunday’s lunch is the euphoria and excitement from the entire students about that special lunch. The packed dinning hall, the anxious wait for the drum for lunch and on a lighter note; some of the boarding students from nearby township; Denu, Aflao, Dzodze & Agbozume on exeat will return for the lunch and proceed home again to report to school on Monday. The “American borger” who visited campus that particular Sunday made the launch super exciting. For tye first time, we were served drinks and desserts attached to the meal. It was a splendid show-off. A gesture from an old student, full of appreciation for his alma mater and it has lived with me since and worth mention today.

Mr. Agbeko Odion Kumordzi, our prominent personality is a very popular and vociferous person on social media. He wears with pride and flaunts Spaco and his hometown Agbozume. He is also known for huge mansion in his native hometown Agbozume, christened: “American Man Village”

In 2017, he was honored by the Ketu South Municipal Chief Executive for a huge charitable course and part of his citation reads;

“Agbeko Kumordzie is a native of Agbozume who is currently residing in the USA. He graduated from St Paul’s Secondary School in 1993 for his O-Level and Adisadel College- Cape Coast, A-Level. He obtained his Bachelor of Science Degree (BCOM) from University of Cape Coast in 2000. He is married with 4 children ( important to know 2 boys and 2 girls, Atsu, Etse, Eyie and Etsa) which underscores his social media nick name “ Double Double”. He works as a Certified Public Accountant ( CPA) licensed under the Maryland Board of CPAs, and runs his own accounting firm- Kumordzie & Associates CPAs- providing tax, fraud, audit and other consulting services”

Agbeko Kumordzie popularly known as Proff Double Double is a social media influencer who combines storytelling and humor to amuse many of his followers throughout the world. He writes stories , incorporating many refreshing anecdotes using memories of his single mother during his childhood days in Agbozume. To say his stories are refreshing is an understatement. Many, if not all of his stories are riveting, intriguing, spellbinding and captivating. He boasts of his mother ( the great Madam Charity Galley from Agbozume- who will be there) as one who imbued into him the qualities of empathy, love, honesty, hard work and respect.

Mr. Kumodzie’s contribution to Spaco is enormous and when we start counting, we would have to take another day. Congratulations Sir for getting on the roll in the Hall of fame. Keep going Sir.